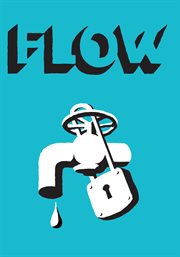 Flow: for Love of Water

This is another "inconvenient truth" film that will shatter peoples lives. Very informative.

A very important film regarding what corporations around the world are doing with the fresh water supply. They treat water like any other commodity, however just like oil, there is only a finite amount on this planet, despite what we were all taught regarding the water cycle in school. A real eye opener for sure.

In Canada we water our gardens, bathe and wash the car with potable [drinking] water. After watching this documentary you'll see the shame in taking water for granted.

A must see documentary about the exploitation of one of our most basic necessities: water. Wake up to the ugly reality. Soon to come: $'s for the air we breathe.

Fabulous and much needed for ALL to watch. Scary to see what is really happening all over.

Must watch. Clean and accessible water isn't just a problem for third world countries. It is something everyone needs to be concerned about. Watch and don't take it for granted.

An interesting look into whether water is a luxury or a necessity.

nadian thinks this title is suitable for All Ages

I watched video because it was interesting topic. It was about water that we drink every day. . W.H. Auden said, “Thousands have lived without love, not one without water.” Video started with the question that people should answer at least one time in their life. Paul Schewartz, National Policy Coordinator of Clean Water Action said about comparison of earth and human body: Human body contains 70% of water and 30% solid which are 60,000 miles of veins and artery compared with earth recycles water. Also, mentioned about estimation of sick people, approx. 500,000 to 7,000,000, who drinks water supplies every year. It was one problem that water contains a lot of bugs, viruses, and bacteria. Erick D. Olson, Former Senior Attorney of Natural Resources Defense Council, said, “ we are not removing chemicals from industrial supplies, fuel, past size, pharmaceutical drugs that discharged from animal factory or by sewage treatment plant. A lot of people think they don’t have to worry about water supplies because they buy bottle of water. We have news for them. In fact, a lot of your exposure to many of the chemicals comes from simple act of showering in them, so some of volatile come in to your skin.” People who were studying about water that they said, water is important source for some countries and they don’t get enough, but in USA or some rich countries they don’t really care of thinking that water is important. They were giving example of A Water War in Bolivian. In 1999, A Water War began because Bolivian government privatized those water systems in the city of Cochabamba that cause citizens of Cochabamba to fight about water, and drive out transnational company Bechtel. Some countries don’t have water tab in their home, and they are using community wells, but not enough water sources. I was depressed watching the video that people lined up at the public water tab that they were waiting to fill their water buckets. In addition, bottle of water came from the water sources from river that they don’t filter or clean before company put water into bottle. It was surprising news to me at least I thought they filtered before they put in water to bottle. Yes, I never thought about the bottle of water is come from natural source like river. They gave an example about one of biggest company in USA, Nestle. Nestle pumps 216,000 gallons water per day from new wells in Evart, Michigan. There are many wells in USA that Nestle uses to pump water every day. Citizen of the area appeared in court for Nestlé’s action but Court was denying citizen’s action. I thought maybe Nestle is such big company, so Court was helping them out. Nestle is pumping groundwater at a “reasonable” rate of 218 gallons per minute, or 314,000 gallons per day. Many other companies using same methods as Nestle, but many of us think bottle of water comes from clean environment sources that we don’t have to worry about.

There are no quotes for this title yet.